Fatally wounded by a blast attack from Azoth.

Vulkas was an avid Runisian explorer from the city of Laguz. He explored to find out the origin of his race, and to become one of the greatest mages in all of history. He was killed during the Conquest on Regolia.

As a Runisian, Vulkas took the apperance of a magic-like energy in a huminoid shape. If he wasn't wearing clothes, his core in the middle of his chest would have been black in colour, with various runic engravings, and in the shape of an Octahedron. He wore a grey long coat over a black waist coat, and a belt around his wait containing various pouches. Along his chest was another belt that holds his musket. He wore greenish pants that were tucked into boots, and wears beige military spats over his boots.

Vulkas often acted in what he belives is right, tending to ignore most morals of whether something is right or wrong. He tended to not care too much for the law, and narrowly got out of trouble every time things get hairy. He was quite headstrong, but knew when to back out and away from situations, especially ones that put his life in danger. He was fiercly determined to finish his goals and succeed in life, letting nothing get in his way. To others he'd generally act in a friendly manner, but would generally distance himself from unfamilar faces. To those he makes friends with, its clear that he is a friend to keep asa he will be there to support them. However as a friend, Vulkas tended to act bossy and controlling without even realizing it.

Dragon Magic - Vulkas was able to tap into the abilities a dragon would have, and can use this for various effects. He can manipulate draconic energy, turn his arms dragon like, giving his arm the strength, finesse, and powers of a dragon. He can also create dragon scales over him that act like armor. His elemental magic is greatly increased when used in tandem with Dragon Magic.

Electricity Magic - Vulkas could manipulate the energy of electricity, allowing him to use for various and useful effects.

Symbol Magic - Vulkas could create various symbols and runes in the air, that can give a variety of needed effects, whether specific, or general.

Magic Sensing - Vulkas could sense magic in area and people, and can tell the type of magic nearby.

Psychometry - Vulkas could use the magic imprint in an area to determine past events, people who were in the area, and can use it to determine motives, if the person with hidden motives uses magic.

Flowmotion - Vulkas had an extremely enhanced form of acrobatics, and can easilly move in and out of combat with aerial feats.

Flash Step - Vulkas could move so fast it seems as if he is teleporting, but only short distances.

Self-Sustenance - Being a Runisian, Vulkas did not need to eat, drink, and in to an extent sleep like others. His energy shell can heal quicker than other races skin, allowing him to survive in most lethal situations.

Twin Demons - Two flintlock pistols that are ornate in design. The wood is a sleek jet black, and bright shining metal. Both feature long and deadly sharp bayonets. Along the wood of the two pistols are runes and sigils carved in.

Violent Strike - A lever action repeater that is more simplistic in design compared to the Twin Demons, with a longer barrel than most repeating rifles. The wood is black and the metal is dull in color.

Thorpe Falchion - The most basic of Vulkas' weapons, being a simple Thorpe Falchion. However regardless of its simplicity, its still a dangerous tool when in Vulkas' hands.

Marksmanship - Vulkas was an expert with guns.

Swordsmanship - Vulkas was an expert with swords.

Exploration - Vulkas was an exrtremely adept explorer, able to find his way in most situations and able to survive on the road and during a journey. 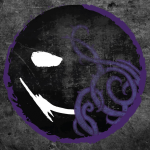 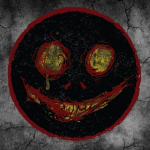